The Utila spiny tailed “swamper” Iguana (Ctenosaura bakeri) lives in the Mangrove forests on the Honduran island of Utila. The conservation work carried out at the Utila Iguana Conservation Project aims to ensure the survival of the endangered swamper iguana, which is endemic to Utila.

< About the project Background > History > Objetives > Mission, Vision and Values >

The Utila Iguana (Ctenosaura bakeri) is a large, tree-dwelling black iguana. This rare endemic reptile lives in the mangroves and nests on the beaches of Utila. Adult iguanas are light grey to dark grey, brown and often slightly turquoise. They can reach up to 70cm in length. The males are bigger than the females, with longer spines on their back and bigger heads. At first, the juveniles live on the ground at the edge of the mangroves, but when they are older they prefer to live in old trees within the mangroves.

The island of Utila belongs to an archipelago called the Bay Islands (Las Islas de la Bahía), a few miles north of the Honduran coast, in Central America. Utila is only only 42km² and is the only place in the world where you can find the Utila Iguana. There are also 33 species of reptiles and amphibians and a variety of flora and fauna on the island; some of which are endemic to the island. The Utila Iguana lives in the mangrove forests that cover roughly 8km² of the island. The females cannot lay their eggs in the mangroves, but migrate to the beaches in order to do so. They lay their eggs in the sand, where they are incubated with the heat of the sun.

Why they need protection

The increasing level of tourism in Utila is in conflict with nature conservation, especially because the breeding areas of the Utila Iguana are endangered by development. The survival of the species depends on the protection of the beaches that are not currently used for tourism. The Utila Iguana has been a protected species in Honduras since 1994 and while hunting the Utila Iguana is prohibited, the authorities unfortunately are not equipped to properly enforce the prohibition. Environmental awareness of local people is improving but many people move from the Honduras mainland to Utila hoping that tourism will provide them with work. However, they are often unable to find work and they live off the natural resources of the island, destroying the habitat in the process. A protected area, including mangroves and sandy beaches to lay the eggs, is the only chance the Utila Iguana has to survive. The biggest parts of the mangroves are state-owned, so they could be easily protected, while the expensive beaches are usually privately owned.

Who helps the Iguana Station

The Iguana Station is supported by various Honduran and international cooperating partners. The kind of support provided varies from practical assistance, donations of equipment and financial aid. However, the station still lacks sufficient funds. Although many people are supportive of our cause they do not have the money to contribute.

You can help by working as a volunteer, donating equipment or providing financial support. Any assistance will make an important contribution to protect the Utila Iguana.

The main aim of the protection and research project is the preservation of the Utila Iguana in its natural habitat and breeding areas. The Iguana Station is successful in local awareness environmental education, discussion with decision-makers in environmental and development matters on Utila and in Honduras, outdoor research and sustainable development. A combination of experience and careful planning has ensured the continuous improvement of the breeding program at the Station, which should help increase the numbers of the wild population of the Utila Iguana. A breeding program in cooperation with international zoos also ensures that there is an external genetic pool which makes it possible for people to see the Utila Iguana in many countries. 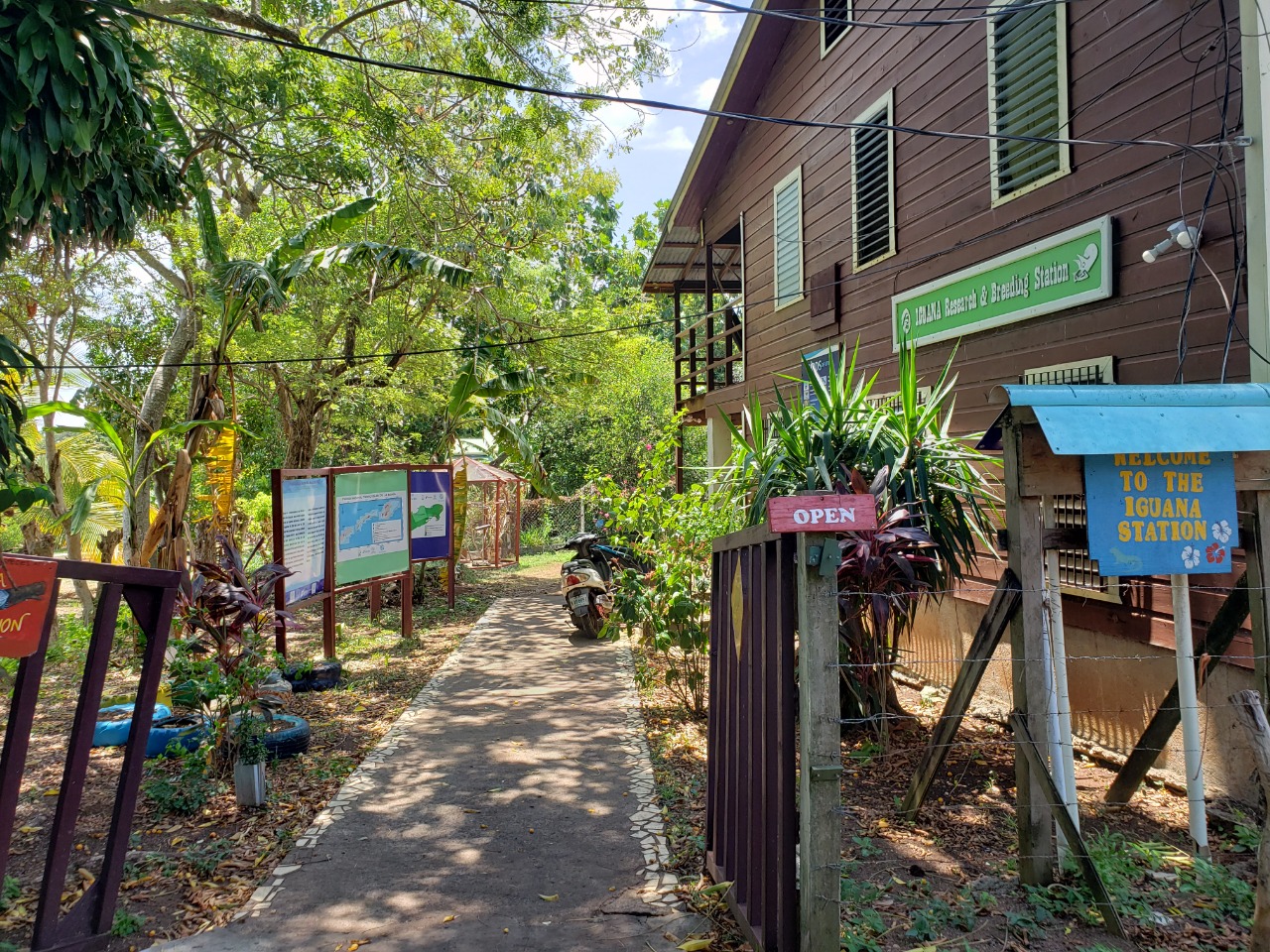 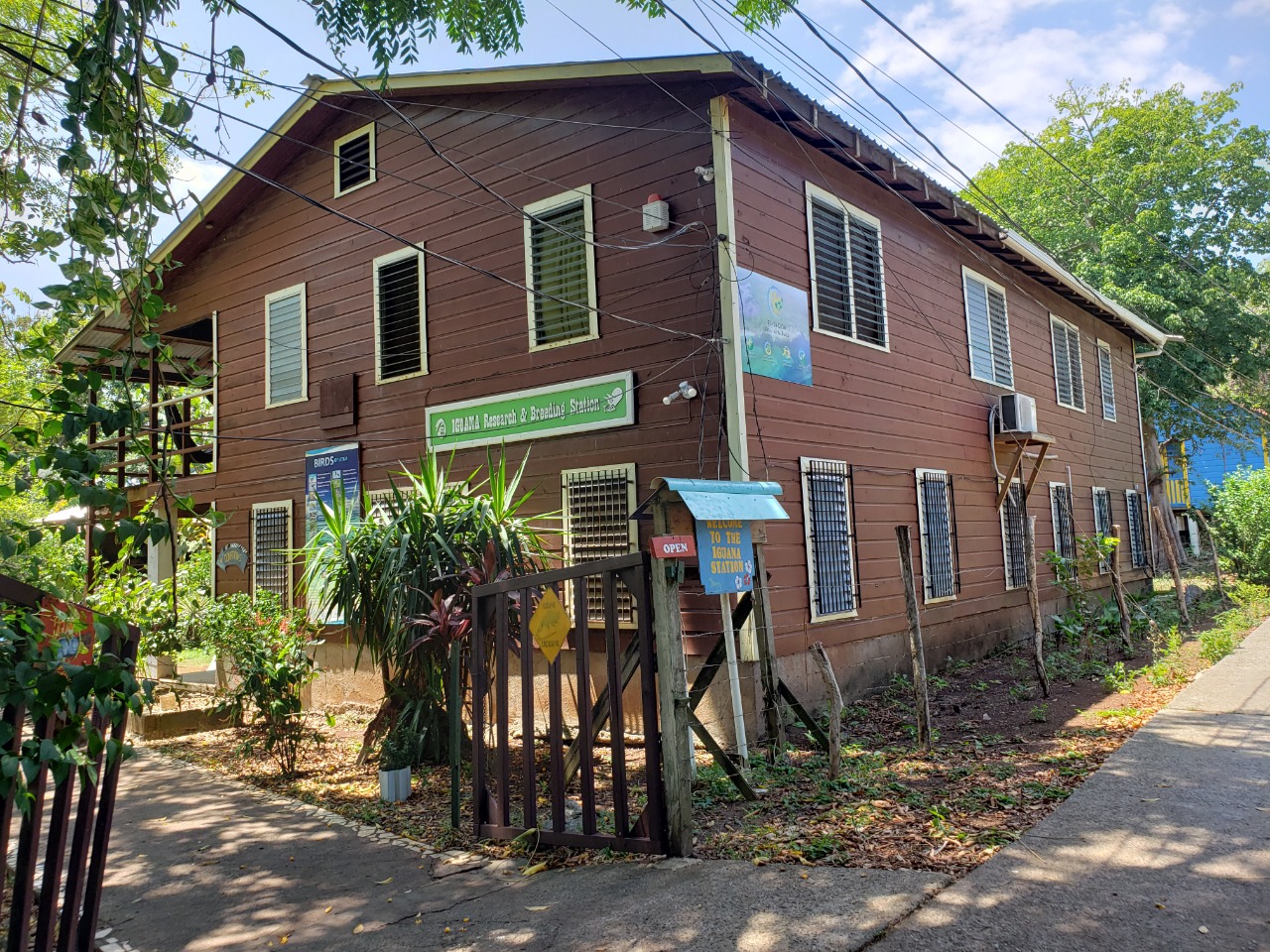 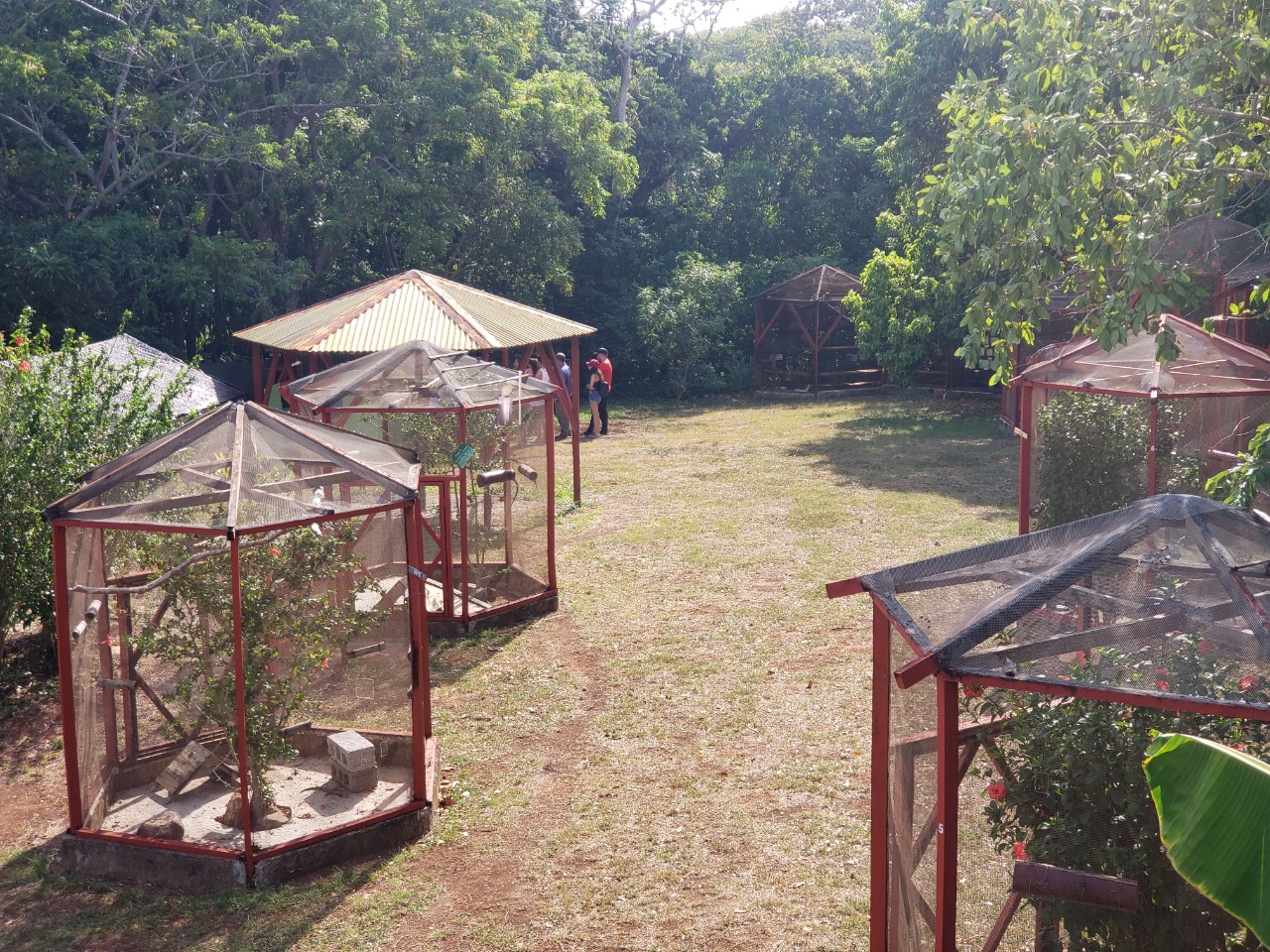 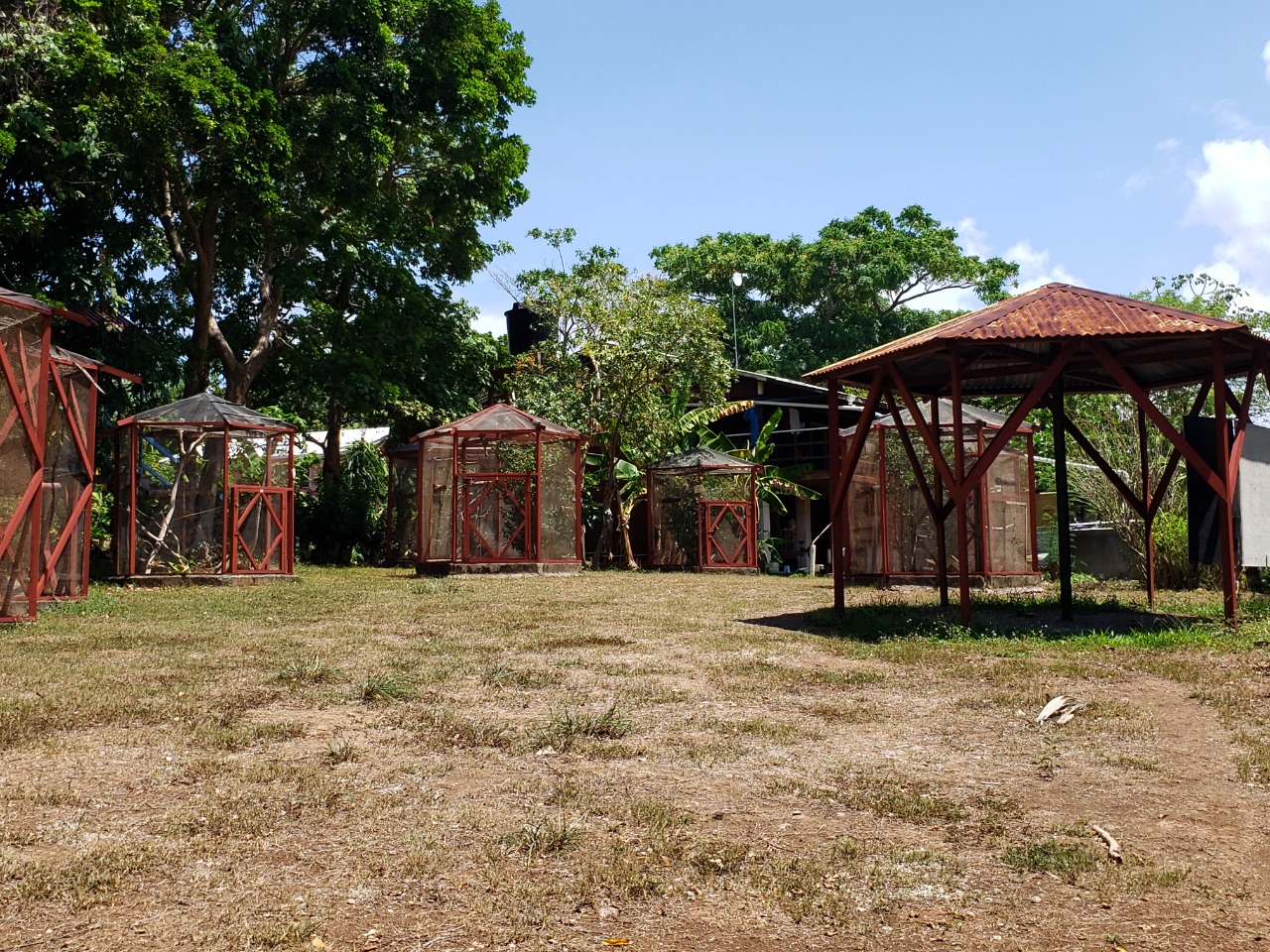 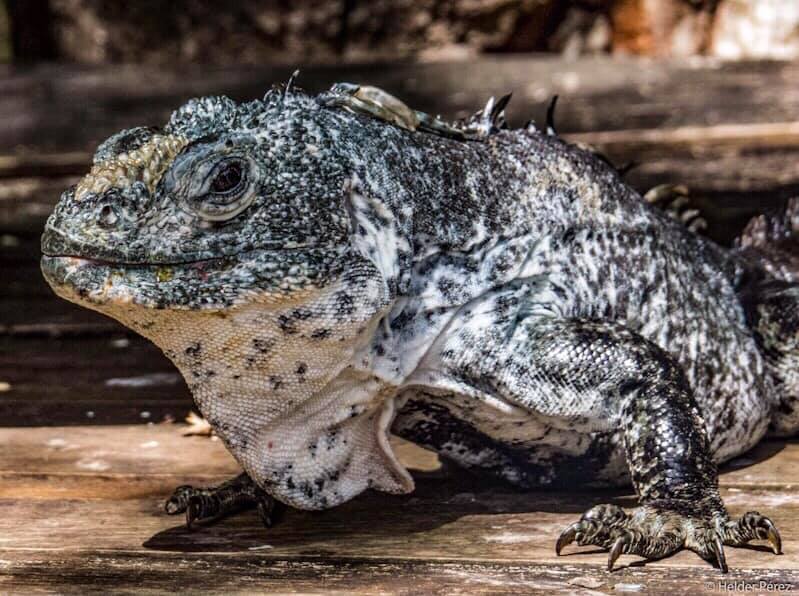 Volunteering on Utila allows you assist with the practical protection of an endemic species.

A short walk away from Utila Town’s main road, plays a crucial role in the conservation of the Utila Iguana

Please feel free to contact us regarding volunteering, visiting on just making a donation.